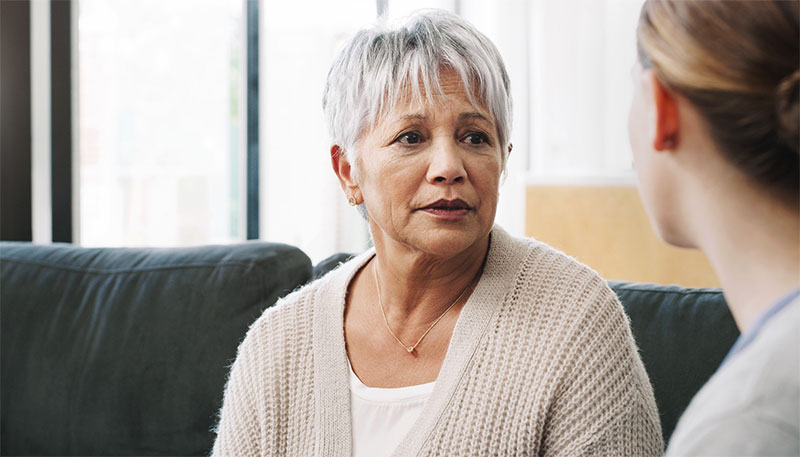 Does your senior loved one have Alzheimer’s disease or is it vascular dementia?

Alzheimer’s disease is the most common form of dementia in the United States, impacting an estimated 5.8 million people. However,  there is another, lesser-known form of dementia causing cognitive impairment in seniors: vascular dementia. Understanding the symptoms and risk factors, along with the unique attributes that set it apart from Alzheimer’s, is crucial to obtaining the correct diagnosis and treatment.

Unlike Alzheimer’s disease, vascular dementia is brought on by a lack of oxygen and the flow of blood to the brain, such as occurs during a stroke or TIA (Transient Ischemic Attack. In fact, as many as 25 – 33% of strokes lead to dementia. So anyone at a heightened risk for stroke is also at an increased risk for vascular dementia.

Other risk factors include:

Symptoms can come on suddenly following a major stroke, or more gradually following a mini-stroke or TIA. In general, these warning signs often can be found in conjunction with vascular dementia:

Is It Vascular Dementia or Alzheimer’s Disease?

There are several key differences when comparing the two:

While there is no cure for vascular dementia, making lifestyle changes that deal with the root cause is a must. This may include modifying the diet and increasing exercise, stopping smoking and refraining from drinking alcohol, and keeping diabetes under control.

Whether vascular dementia, another chronic health condition, or just the normal effects of getting older, Compassionate Nursing Services, an expert provider of in home care in Oakville, MO and surrounding communities, is here to help seniors live their lives to the fullest, with independence, purpose, meaning, and safety. Call us today at 314-432-4312 for more information and to request a free in-home consultation to learn the numerous ways we can assist you. To view the full list of communities we serve, visit our Service Area page.